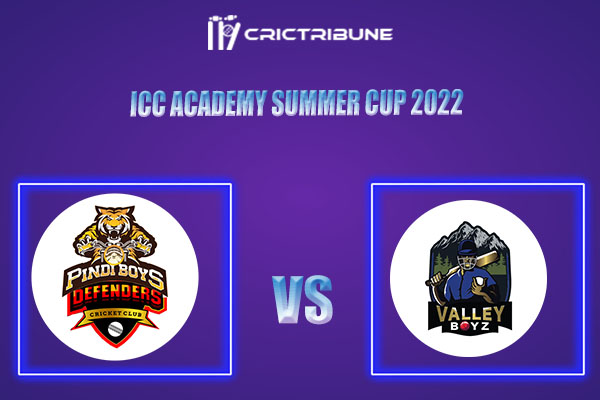 Valley Boyz have underperformed so far in the Summer Cup. They have lost two of their three games wherein Future Mattress defeated them in the previous encounter. However, they will now hope to conclude their run with a win over the table toppers.

On the other hand, Pindi Boys Defenders CC have been dominant right from their first game of the Summer Cup 2022. They secured their third consecutive win in the last game by 11 runs against the Dubai Gymkhana. They have booked their spot in the semi-finals and will now try to end their campaign on a high note.

The temperature is forecasted to hover around 33°C on the match-day with 64% humidity and 14 km/hr wind speed. There are no chances of precipitation during the game.

The wicket at the Tolerance Oval is expected to be a balanced one. Both the batting and bowling departments are likely to get benefitted from the pitch. Batters can bat with ease while the bowlers can get some movement as the game progresses. The average first innings score at this venue has been approximately 160-180 runs.