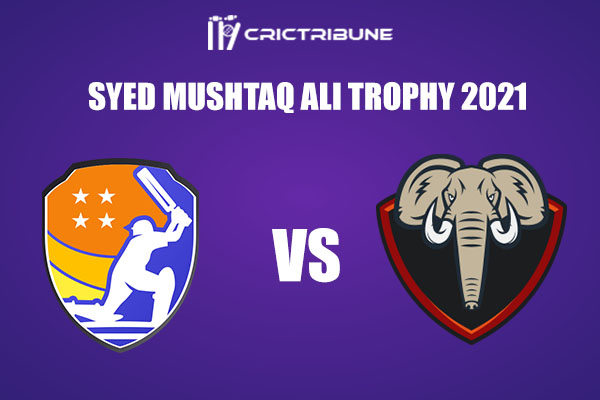 Tamil Nadu will take on Baroda in the final of the Syed Mushtaq Ali Trophy 2021. The world’s largest cricketing venue Sardar Patel Stadium will host the contest of the mega match between the two sides on Super Sunday. Tamil Nadu is playing back-to-back finals of the Syed Mushtaq Ali Trophy. They missed on becoming champions last year by just one run. They are unbeaten so far in this tournament and are aiming for their second title. Led by Dinesh Karthik, the side has impressed throughout this tournament with their all-round performances and will want to continue the same in the final also.

On the other hand, Baroda entered the knock-out stage as Group C Winners with 20 points. They managed to pull off an improbable win in the quarter-finals against Haryana in the last ball of the game. Then, in the semi-final clash against Punjab, they won convincingly by 35 runs. Acting captain Kedar Devdhar has impressed with his batting throughout the tournament. Vishnu Solanki is another man to watch out for in the Baroda line-up. Both the teams are unbeaten in this competition, and we can expect it to be a cracker of a match between the top two sides.

The weather will be perfect to play cricket in the world’s biggest stadium, the temperature will be ranging between 22 to 16 degrees Celsius and the humidity will be 29 percent. There is no chance of precipitation for this match.

The surface looks evenly poised. Huge scores are yet to be registered on this newly inaugurated stadium. So far, bowlers are dominating on this ground. Anything above 160 should be a match-winning score on this venue. The team who wins the toss should bat first in the high-pressure final.