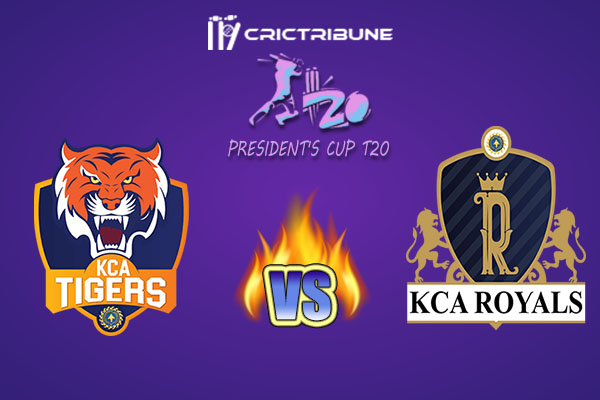 In the 7th match of the KCA Presidents Cup T20 2021, KCA Tigers will take on KCA Royals. After losing their first match, KCA Tigers made a great comeback by winning the second match convincingly with 7 wickets. They are high on confidence and will come as favourites in the match.

On the other hand, KCA Royals have lost their first two matches and are sitting at the last spot in the points table with a net run rate in negative. If they want to keep their hopes of advancing to the next stage alive in this tournament, they have to win this match.

It is expected to have scattered clouds during the match time but a full match is predicted. The humidity is 66% with precipitation of 20%. The temperature would be hovering around 33 degree Celsius.