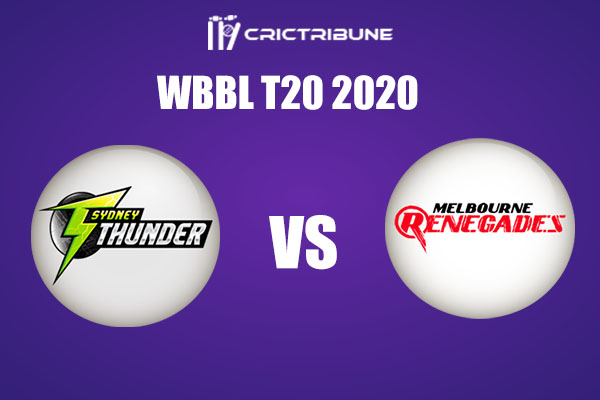 Sydney Thunder and Melbourne Renegades will face each other in the 44th match of the Women’s Big Bash League (WBBL) 2020, at the Sydney Showground Stadium on Monday. Sydney Thunder  have had a decent season so far. They are currently placed at the 4th spot on the points table, having won 4 out of 10 matches they played with 10 points in their bag.

It will be mostly cloudy in Sydney on Monday, with the temperature hovering around 31 Degrees Celsius. There is no chance of precipitation.

The pitch at the Sydney Showground Stadium will be pretty much a balanced wicket. However, there is something for bowlers at this venue.

148 (Last two matches of the tournament played at this venue)