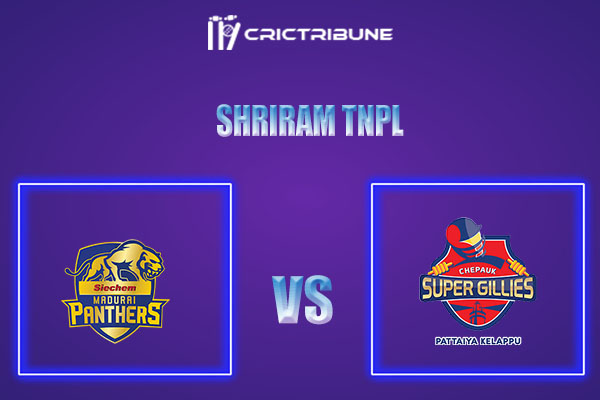 Chepauk Super Gillies will be eyeing its third win on the trot when they take on Madurai Panthers tonight. Sitting fourth in the points table, Chepauk Super Gillies has two wins, one defeat, and one no result in four outings. Their opening fixture against IDream Tiruppur Tamizhans ended in a no result due to rain whereas they faced 7 wickets defeat against Nellai Royal Kings in the second outing. However, they came back strongly in the third fixture to open their account with 4 wickets win over Salem Spartans and followed it up with 24 runs win over Dindigul Dragons in the fourth outing. Gillies is looking good in rhythm with back-to-back wins and would be eyeing to claim the second spot with a win tonight.

Suggested Playing XI No.2 for SMP vs CSG Dream11 Team: