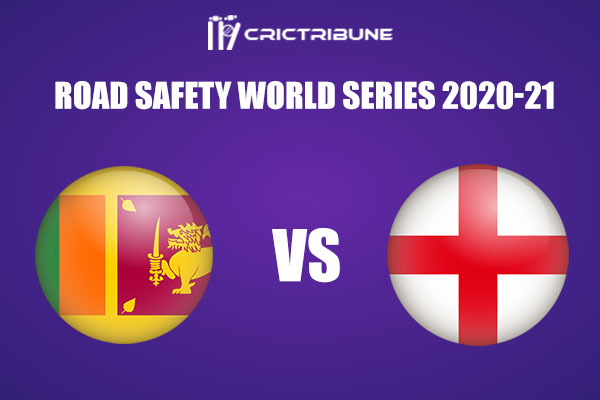 Sri Lanka Legends will take on England Legends in the 14th match of the Road Safety World Series 2020-21 on Sunday. The Lankan legends will be in high spirits. They have already made it through to the semi-finals with still one game left, with dominating all-around performances. The Lions have won 3 matches on the trot and are currently holding the second spot in the standings with 16 points and a net run-rate of 1.055. There is no stopping their batsmen Tillakaratne Dilshan and Upul Tharanga, given the kind of form they are in.

Meanwhile, England Legends got a terrific entry into this Road Safety World Series by winning the first 2 matches, but in their third game, they were trapped down by some incredible bowling performances by South Africa Legends. The Three Lions bundled up for 121 runs inside 19 overs. Kevin Pietersen’s explosive batting display at the top-order is their most trusted weapon. England have placed themselves in the fourth spot with 8 points and they will need one win in their remaining 2 matches to march on to the semi-finals.

As usual, the ideal weather conditions to play cricket in the evening in Raipur with the temperature ranging between 30 and 26 degrees Celsius and the humidity being 30 per cent. There is no chance of precipitation for this match.

By analyzing the first 3 matches played on this surface, the batsmen have struggled to get going in the first half of the game, but in the second half, the ball is coming nicely onto the bat. Bowlers should take care of their line length while defending the score. Overall, it is a balanced track.