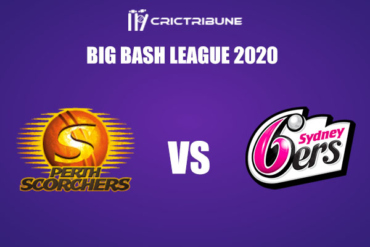 The Big Bash League has a very unique system of playoffs, which might be harsh on some teams, but it certainly rewards the teams who have played impressive cricket all throughout the competition. Here, the fourth and fifth-placed teams have to win 3 games to make it to the final.

On the other hand, the teams who have finished in the top 2 places get a direct entry in the final if they win the qualifier. In this year’s qualifier, it will be the Sydney Sixers and Perth Scorchers who will lock horns. The former finished first in the group stage, while the latter finished second. The team who will lose this game will get another chance to redeem themselves in the Challenger.

The weather in Canberra is very rough today, and it is expected to rain tomorrow as well, but only till about 1 PM. It will be sunny post that and the temperature will be around 26 °C.

The Manuka Oval pitch favours the batsmen, especially in the second innings. Chasing should be a good option here, while the team batting first should aim to score near or over 180.