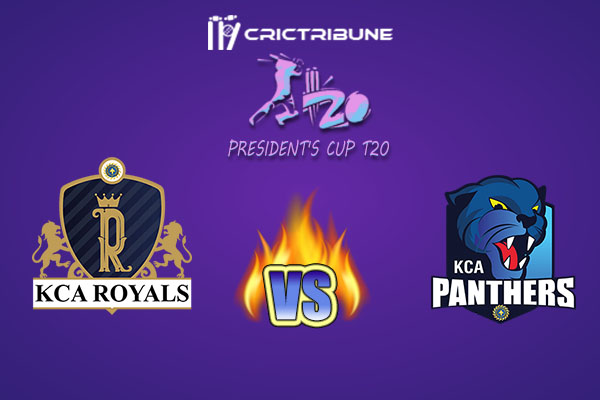 In the 19th match of the KCA President’s Cup 2021, KCA Royals will take on KCA Panthers. In the last time when these two teams met, KCA Panthers had the upper-hand and won the match convincingly by 6 wickets. The tournament has opened up and all the top four teams have good chances to get into the finals.