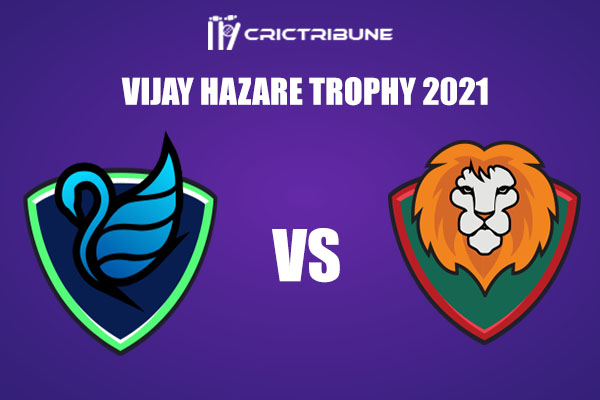 We Provide Fastest RJS vs HIM Live Score Dream 11 updates on www.crictribune.com

Rajasthan will go head-to-head against Himachal Pradesh in Round two Elite D Group match of the Vijay Hazare Trophy 2021 on Tuesday. Rajasthan are placed third on the Group D points table after starting their campaign with a win. Himachal Pradesh are placed fifth after losing their opening match against Maharashtra.

Rajasthan dominated Puducherry in their first encounter of the tournament.  On the other hand, Himachal Pradesh suffered a thrashing against Maharashtra while chasing a target of 295 runs. Rajasthan will go into this match as favourites, with both their batting as well as bowling department performing well.

RJS vs HIM Squads

RJS vs HIM Predicted XIs

It will be a sunny morning here in Jaipur, with the temperature hovering around the 25 to 27 degrees mark. The chance of precipitation for this match is low.

The pitch is expected to favour the batsmen more than bowlers. A high scoring encounter in anticipated in this match.

RJS vs HIM Top Picks

Suggested Playing XI’s for RJS vs HIM Dream11 Fantasy Cricket