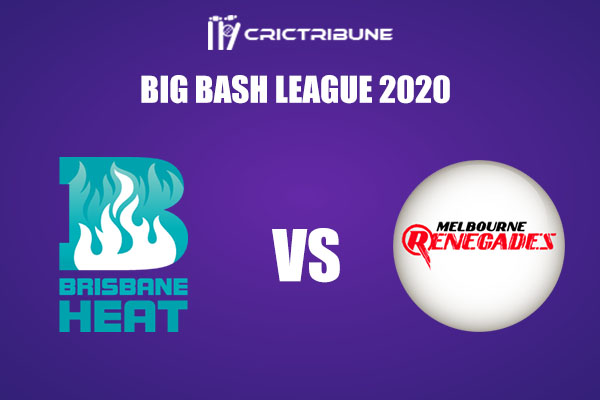 Melbourne Renegades might not have a chance of making it to the playoffs of this year’s Big Bash League, but they certainly have the power to diminish another team’s chances. After halting Melbourne Stars’ progress in their last game, they will now turn their attention to Brisbane Heat.

Brisbane Heat, despite having all of their big guns fit and healthy, have failed to perform as a coherent unit in their last few games. They have won only 1 of their last 4 matches, and while they still have a chance of making it to the semis, it is getting considerably thinner with each defeat. They will aim to win both of their last couple of matches.

It will be a cloudy day in Melbourne, with the temperature being around 24 °C. The chances of precipitation are only 10%.

From what we have seen so far in this season, the Docklands Stadium pitch favours the batsmen, especially in the first innings. The team batting first should ideally aim for a score of around 175.