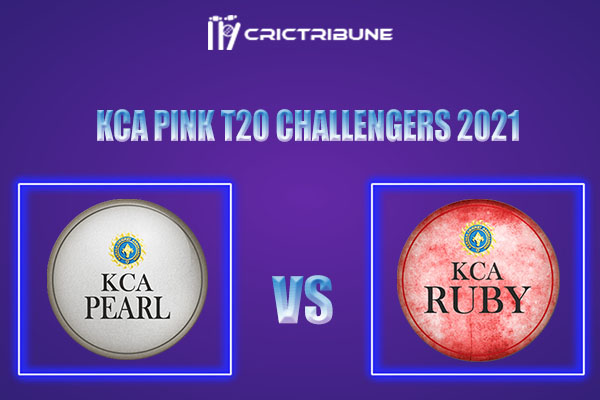 Team Pearl have begun their KCA Pink T20 Challengers campaign on a positive note, winning their first two games against Team Amber and Team Emerald by four wickets and six wickets respectively. However, Team Pearl’s unbeaten streak came to an end in their last outing as Team Sapphire defeated them by eight runs.

Team Ruby, on the other hand, lost their opening KCA Pink T20 Challengers fixture against Team Sapphire by six wickets. They then bounced back with a pretty dominant 73run victory over Team Emerald.

It will be partly cloudy in Alappuzha with the temperature ranging between 30 and 31 degrees Celsius and the humidity will be 74 per cent. The chances of precipitation for this match are low.

The surface here in Sanatana Dharma College Ground is on the slower side. It’s not a high-scoring venue and slow bowlers likely to dominate more. Bowling first is preferable on this wicket.