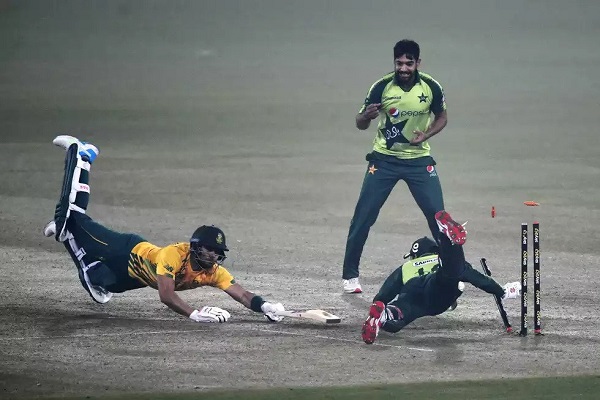 Pakistan and South Africa will take the field final match of the T20I series on Sunday. The series is levelled at 1-1 as Pakistan won the first match by mere 3 runs, whereas South Africa came back strongly in the second match and won the game convincingly by 6 wickets.

With some exceptional batting from wicketkeeper batter Mohammad Rizwan and good death bowling from the bowlers, Pakistan got themselves off to a great start. The main concern for the management will be skipper Babar Azam’s form, as he failed to perform in the first 2 T20Is.

On the other hand, South Africa will be booming with confidence as they scripted their first victory of the tour last night. Despite some good batting and even better bowling from the visitors. they couldn’t cross the finishing line in the first T20I. But they showed a lot of courage and character in the last match and wrapped up the match with 6 wickets in hand with 22 balls to spare. It all boils down to the decider, as whoever wins this match will take the series.

It’s going to be foggy in the evening at Lahore with the temperature ranging between 21 and 17 degrees Celsius. There is no chance of precipitation for this match.

The pitch has offered a lot for the bowlers in the first two matches, but varying the pace will be the key on this surface. There is always a challenge for the bowlers to grip the ball because of the dew factor. It’s a good competitive wicket for the T20 format and anything above 160 will be difficult to chase. Whoever wins the toss should bat first.