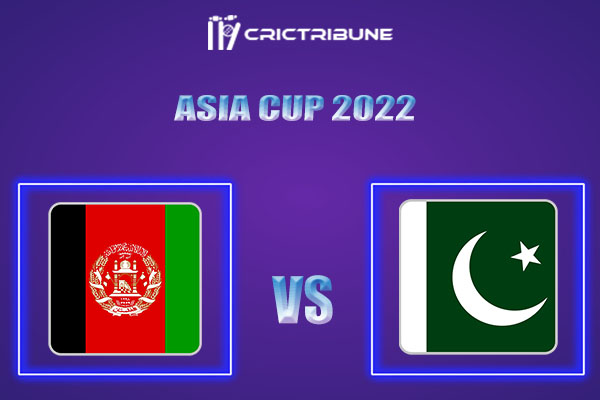 Pakistan’s batting domination was the reason they hunted down India in their first Super 4 game, they have been improving their batting with each passing match in the Asia Cup 2022. They will be hoping to make considerable improvements in the bowling department as well.

On the other hand, Afghanistan was defeated by Sri Lanka by 4 wickets in their first Super 4 game. They batted pretty well and piled up 175 runs, but failed to defend the total.

Pakistan and Afghanistan have faced each other in 2 T20Is so far, where Pakistan managed to win both games. A good cricketing contest is anticipated here once again.

The temperature is expected to hover around 35°C on the matchday with 44% humidity and 13 km/hr wind speed. There are no chances of precipitation during the game.

The pitch at the Dubai Cricket Stadium frequently hosts matches with scores of 160-170, making it unsuitable for explosive batting. Dubai’s straight boundaries are very short, which the batsmen take full advantage of. There’s also some seam movement and extra bounce here. On this surface, the spinners have very little benefit on offer.