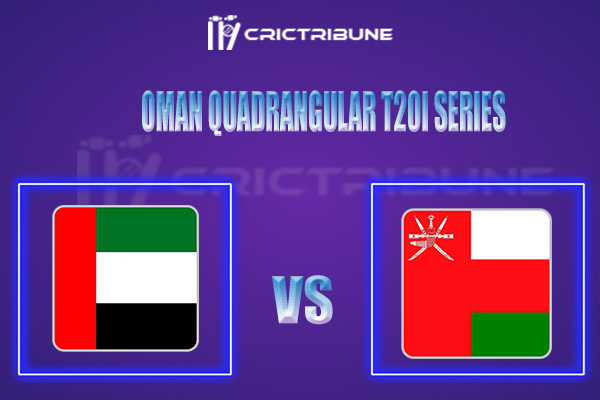 Oman have played twenty matches so far in the whole season of the CWC League-2 one-Day where they won fourteen matches while the United Arab Emirates played seven matches where they manage to win three games.

The last time they played against each other in this format, Oman beat the United Arab Emirates by 5 wickets.

Oman will take on United Arab Emirates in the 57th match of the ICC Men’s CWC League 2 on Saturday. Oman has played the most number of matches in this league. Out of their 19 complete matches, they have won 14 and lost the other 5. They currently sit at the top spot in the standings with 29 points to their name.

United Arab Emirates on the other hand have played 6 full matches so far in this league, they managed to win 3 and lost the other 3. They are placed at the 6th spot in the standings with 7 points. The players are regularly playing T20 cricket which will aid them in this tournament.

The temperature is expected to hover around 31°C on the matchday with 12 % humidity and 16 km/hr wind speed. There are no chances of precipitation during the game.

The surface at the Wanderers Cricket Ground provides a neutral wicket where both the departments are expected to receive a decent amount of help from the surface. Spinners can come lethal in the middle overs while pacers will be in the game throughout.