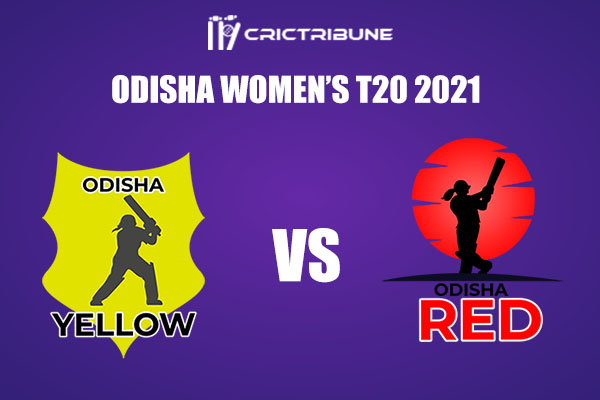 Odisha Red and Odisha Yellow are going to play their 7th match of the MGM Odisha Women’s T20 at KIIT Stadium on Saturday. Odisha Yellow lost their previous encounter against Odisha Violet as they failed to defend the target of 79 runs in the allotted 20 overs. They are not having a good time in the competition and are rooted in the points table with only 4 points in their account.

Odisha Red beat Odisha Violet in their last outing as they successfully chased down the target of 105 runs, with 10 wickets in hand. They have won 4 out of their six games and are placed at the 3rd position with 16 points in their bag. So, Odisha Yellow might face difficulties in the upcoming game against an in-form team.