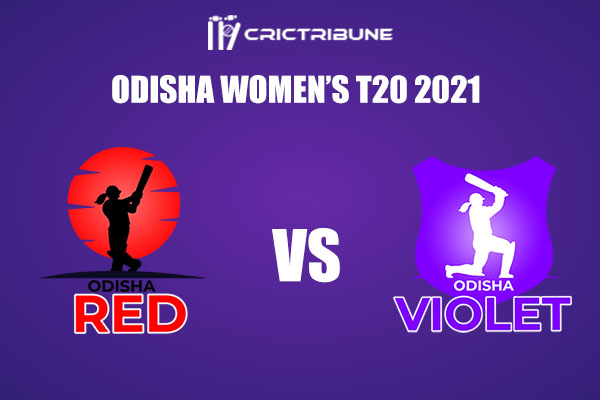 Odisha Red finished atop the points table with 24 points, having won six games and lost the remaining two. On the other hand, Odisha Violet made it to the final due to a better net run rate than Odisha Purple, with both sides ending up on 20 points.

Odisha Red and Odisha Violet met each other twice in the league phase. During their first meeting, Odisha Violet were bowled out for 96 runs but still won the game by 34 runs, as they held their opponents to just 62 runs from 20 overs.

The second meeting between them saw Odisha Red chase down 105 runs in 15 overs without losing a wicket.

Both sides come into this fixture on the back of a victory against their respective opponents. It’ll be interesting to see which team lifts the trophy in the inaugural edition of the league.

The weather at Bhubaneshwar will be sunny on Monday with the temperatures hovering around 28 Degrees Celsius mark.

The track here at KIIT Stadium is pretty neutral in nature. However, spending some time at the crease, batsman can score big.

90 (Out of last five matches played at this venue)