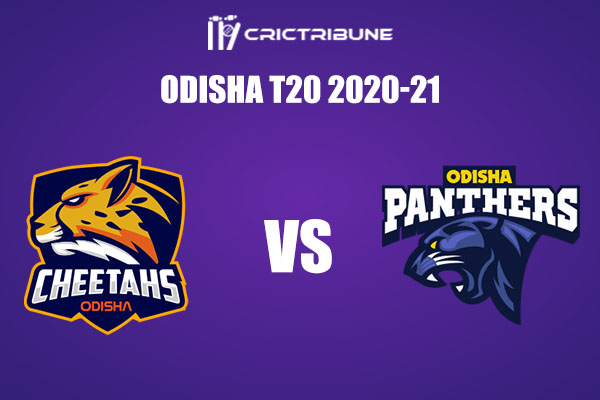 On Thursday afternoon, fans of Odisha Cricket league will be in for a treat as the two most dominant forces of the competition so far will clash heads. It will be the Odisha Cheetahs taking on the Odisha Panthers. Both sides have played some great cricket in the ongoing competition and their places in the points table will testify that.

Odisha Panthers are currently occupying the first place in the table, having won both of their games quite comfortably. Just a place behind them are the Cheetahs, who also have won both of their games but are behind the Panthers only on net run rate. While one team will register their third consecutive win in this competition, the winning streak of the other will come to an abrupt end.

As it always has been, the chances of rain are only 10% on Thursday as well. The temperature will be at a pleasant 28 °C.

The pitch at Barabati Stadium have been offering great help to the bowlers, as even 140 seems like a long shot here. The team batting first should have a score of at least 135 in mind.

124 (Last 6 matches of this tournament played on this venue)

Captain: B Mohanty Vice-Captain: A Raut