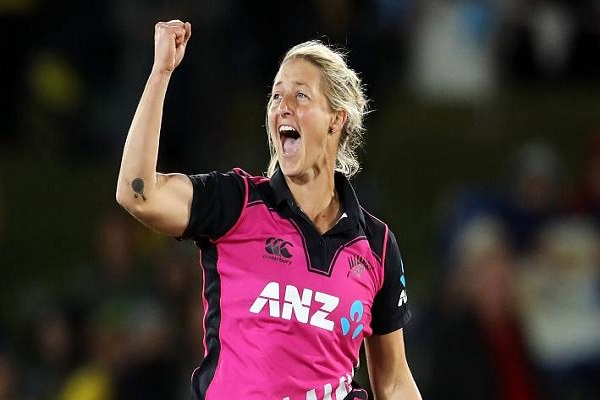 New Zealand Women will take on England Women in the second of the 3-match T20I series on Friday. New Zealand Women are having a tough time. Having lost their ODI series 1-2 against England Women, they started the T20I series with a defeat by 7 wickets. They suffered a huge batting collapse, which made them put only 96 runs on the board and it was way too easy for England Women to chase. Now they are in a must-win situation to stay alive in this series.

On the other hand, England Women seem to be enjoying this tour. After wrapping up the ODI series, now they are looking forward to winning the T20 series as well. They outplayed New Zealand Women in the 1st T20 in every department. Winning against New Zealand in their home conditions has ever been easy for any team but England Women are showing they can dominate any side with their incredible performances.

The weather is expected to be partly cloudy in Wellington with the temperature being around 21 degrees Celsius and humidity levels at 71 per cent.

The pitch here at Westpac Stadium has been more in favour of batsmen as compared to bowlers in the last couple of matches. However, it slows down and becomes difficult to bat as the match progresses. The team winning the toss should look to bat first and put up a big total on the board.