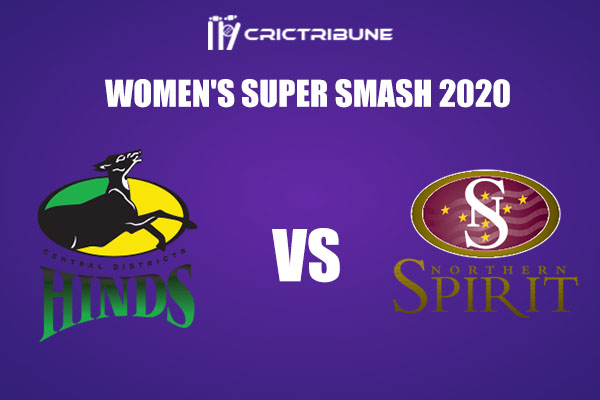 Northern Spirit will face Central Hinds in the 10th match of the Women’s Super Smash T20 on Monday. Northern Spirit started the tournament with 2 successive wins but they lost to Otago Sparks in a rain-affected game in their 3rd game. They have an upper hand since they beat Central Hinds by 17 runs when they met last time in this competition at Pukekura Park. They are currently at the 3rd spot in the standings with 8 points.

Meanwhile, Central Hinds don’t want to repeat the same mistakes against Northern Spirit as they did last time. They are still seeking their first win of the competition. They have lost all their 3 matches and are currently placed at the bottom of the table. In their previous game, they came close in the run-chase against Auckland Hearts but fell short by just 8 runs. Openers are still not able to give a proper start. If they do so they can emerge victorious.

It’s going to be sunny in New Plymouth with the temperature ranging between 17 and 20 degrees Celsius and the humidity level is at 70 percent. There is no chance of precipitation for this match.

It’s purely a batting track and we can expect a run-fest in this match. The team batting first has a good track record of winning matches on this venue while it will get difficult to chase on this venue. Batting first is a better option on this wicket.