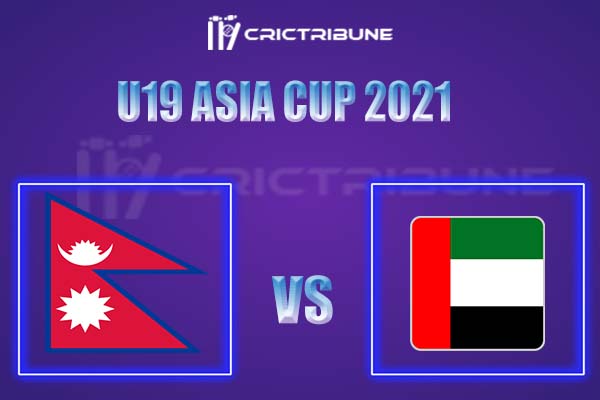 In a dead rubber game Nepal U19 will take on Kuwait U19 in the final league fixture of the ACC U19 Asia Cup 2021/22. The result of this match doesn’t make any difference in the context of this tournament. After a disappointing start with a 154 runs loss over Bangladesh U19, Nepal U19 showed a real fight against Sri Lanka U19 and encountered a 60 runs loss. They are slightly inexperienced at this level and need to level up their game in the future.

Kuwait U19 had a terrible last couple of games, where they were bowled for just 64 and 49 runs against Bangladesh U19 and Sri Lanka U19 respectively. They failed as a group overall in all the departments and will be playing for their pride in this match.

The surface here at ICC Academy Ground No.2 is slightly on the slower side and the batters need to toil hard for the runs. The bowlers just need to stick to their line and lengths. Anything over 220 is a good score on this wicket.