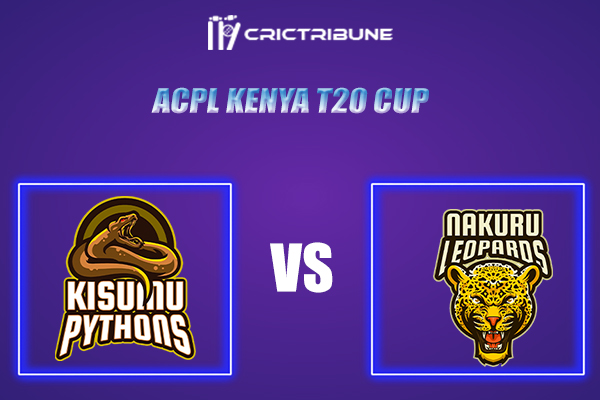 Nakuru Leopards will be taking on Kisumu Pythons for the first time in the sixth match of this season of the ACPL Kenya T20 Cup.

Nakuru Leopards played two matches in this season of the ACPL Kenya T20 Cup where they won one game while Kisumu Pythons played one game this season where they lost that game.

The temperature is expected to hover around 31°C on the matchday with 64% humidity and 14 km/hr wind speed. There are no chances of precipitation during the game.

The Mombasa Sports Club Ground supplies a neutral wicket where both the departments are expected to receive decent amount of help from the surface. Spinners will be lethal in the middle overs.