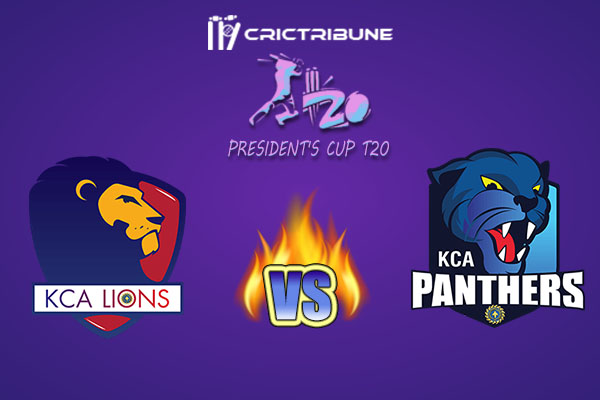 The KCA Lions are set to take on the KCA Panthers in the eighth match of the President’s Cup T20. Both sides are the most successful teams so far in the competition.

The KCA Lions are currently placed atop the table with two big wins in the tournament. In their first match, they defeated the Tigers by eight wickets. They went on to win their second contest against the Royals by 29 runs.

The KCA Panthers sit in second spot in the table with two brilliant wins. In their first match of the season, they crushed the Royals by six wickets. Their winning run continued when they defeated the Tuskers by two runs.