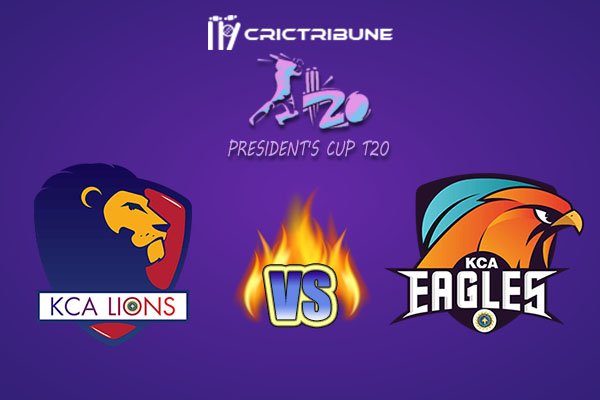 KCA Lions will face KCA Eagles in the ninth match of the KCA Presidents Cup.

Looking at the recent matches of both teams, KCA Lions looks like a stronger team while KCA Eagles have a balanced side.