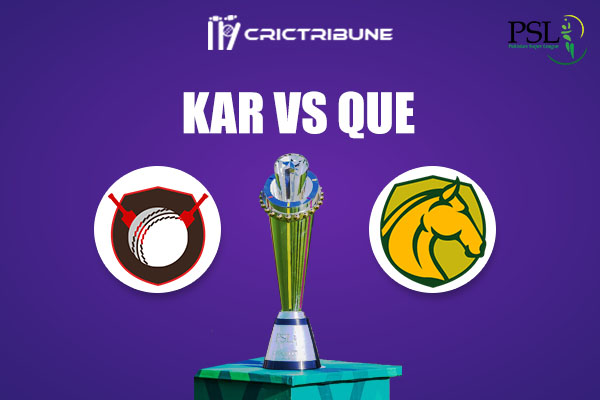 The Lahore Qalandars have been brilliant in this year’s PSL with two wins in two games. Riding on the fortunes of Fakhar Zaman and veteran Mohammad Hafeez, Lahore has signalled their championship aspirations. Although Rashid Khan’s absence will be felt, they have a solid team to play around with ahead of this encounter.

Their opponents Multan Sultans haven’t won a game in two attempts so far. Despite boasting of Chris Lynn and James Vince in their ranks, Sultans’ bowling attack has struggled to come up with the goods at the time of need.

Although the Sultans are the underdogs heading into this game, their depth and balance could hold them in good stead against the Qalandars. With two valuable points up for grabs, both teams should give in their best what should be a cracking game in the PSL.

It will be a sunny afternoon in Karachi, with the temperature ranging between 28-30 degrees Celsius and the humidity levels are at 48 percent. There is no chance of precipitation for this match.

It’s a flat batting wicket which only gets better and better as the match progresses. Batsmen will get full value to their shots on this track. The dew factor doesn’t help the bowlers, especially when they are bowling in the second half of the match. The team winning the toss should look to chase as the chasing teams have a 100% winning record in this season.