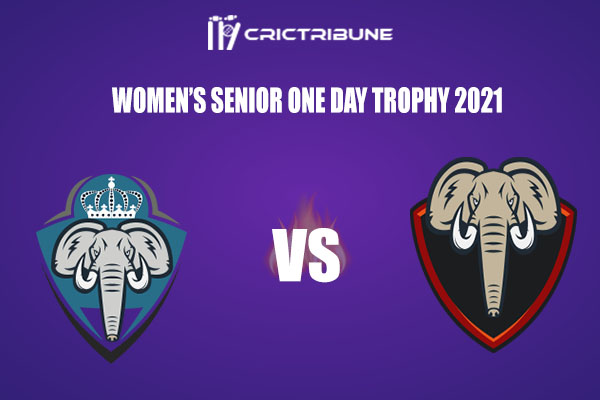 Kerala Women will be taking on Baroda Women in the fourteenth match of the Women’s Senior One Day Trophy. It will be the first head to head match between them.

Minnu Mani, Jincy George, Akshaya Sadanandan, Aswathy Babu and Aleena Surendran are some of the key players from Kerala Women while Yastika Bhatia, Palak Patel, Radha Yadav, Tarannum Pathan and Nancy Patel will have the responsibilities to lead Baroda Women in a dominating position in this match.

Both the teams will play their opening game in this season of the Women’s Senior One Day Trophy so both will look to start with a win here.

It will be sunny and less humid in Indore on the day of the match. There is no prediction of rain throughout the day. The maximum temperature hovering at 32 degrees Celsius.

Looking at the previous club matches played at SS Cricket Commune, the wicket seems to be a sporting one. The track has helped both the batsmen and the bowlers. The teams batting first have won the majority of the games played at this venue. The captain who wins the toss would like to bat first and put healthy runs on the board.