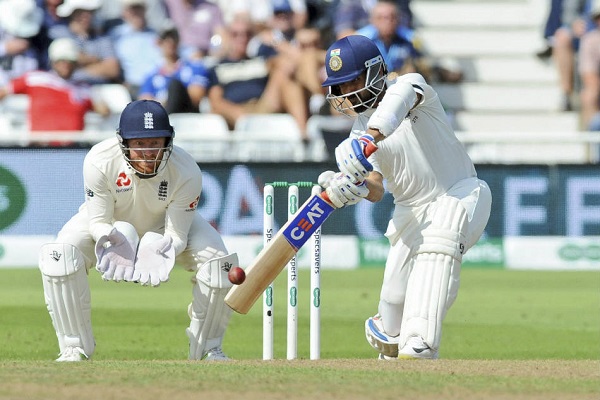 IND vs ENG Live Score, In the 3rd Match of India tour of Australia 2020 which will be played at Sardar Patel Stadium, Ahmedabad. ENG vs IND Live Score, Match between England vs India Live on February 13th 2020 Live Score & Live Streaming.

India will take on England in the 3rd of the four-match Test series which is starting from 24th February. World’s largest cricket stadium, Sardar Patel Stadium, will host the contest between the sides. It will be the 2nd Pink ball Test in India before they played against Bangladesh in 2019 at Eden Gardens.

After suffering a massive setback in the first Test match, India made a strong statement by winning the 2nd Test by a massive 317 runs to level the series 1-1. The conditions will be different and it’s expected to be a seaming one, so they might bring back extra pacer in the line-up. Undoubtedly they have got one of the best batting line-ups with Rohit Sharma returning to form with a brilliant century in the first innings of the last Test.

On the other hand, England’s rotation policy in the 2nd Test match went against them as they allowed India to come back in the 2nd Test. Their batters showed tremendous character and adaptability in the series opener but it was lacking in the 2nd and eventually, they lost by quite a huge margin. There will be a lot of changes for the 3rd Test with James Anderson, Jofra Archer expected to return to the side. It’s going to be an important match considering the World Test Championship final is just around the corner.

It’s going to be very hot in Ahmedabad in the afternoon for all five days with a maximum temperature of 35 degrees Celsius and it will be pleasant during the evening. There is no chance of rain expected for the whole five days.

The Pitch is likely to assist the quick bowlers with the amount of grass kept on it and spinners can also expect a turn out of it. However, it’s a still batting surface and the batters can play long. The dew factor will definitely come into play in the night where the ball skids through the surface. Team Batting first will get a slight upper hand in this Test.