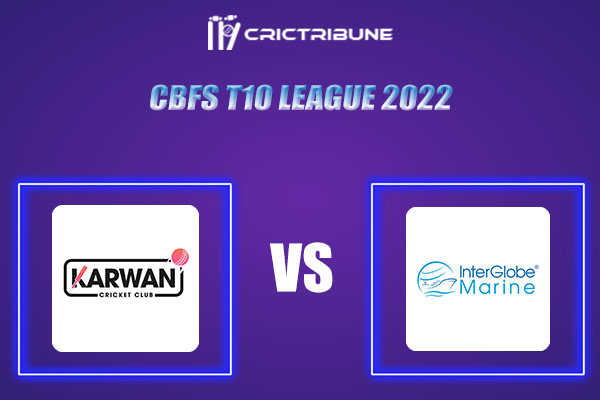 The CBFS T10 League will see its first Cup Semi-Final match of this season between Interglobe Marine and Karwan CC.

Interglobe Marine will be taking on Karwan CC for the first time in the first Cup Quarter-Final match of this season of the CBFS T10 League.