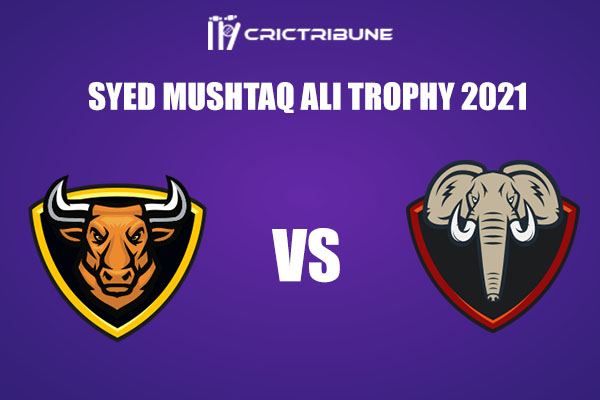 Haryana has been the surprise package of the ongoing edition of the Syed Mushtaq Ali Trophy. That they finished at the pole position in their group is a big achievement in itself, but that is not what makes their season spectacular. They were placed in a group with perhaps two of the most formidable outfits of Indian domestic circuit – Mumbai and Delhi.

Even then, they managed to come out on top in some fashion – winning all of their 5 games. Their opposition, Baroda have also had a similar journey, as they won all of their 5 matches as well. Given the form that both sides are in, this match can certainly be termed as the clash of the elite.

The weather will be ideal for cricket at Ahmedabad tomorrow. The temperature will be around 24 °C, while there are no chances of precipitation.

The pitch behaved in an interesting way in the first quarter-final. Karnataka batsmen struggled to acclimatize and could only score 87 runs. On the contrary, Punjab batsmen looked in complete control. Overall, we can term this pitch as a balanced one.