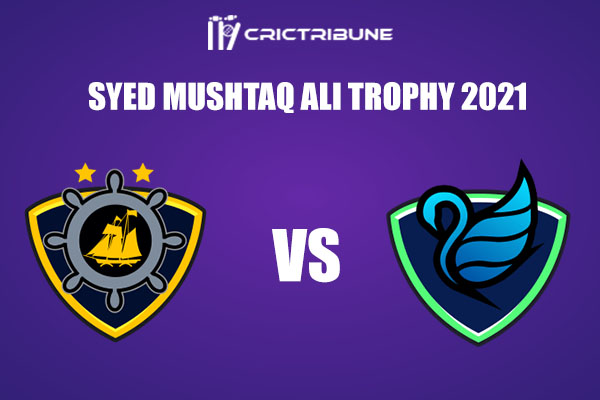 Goa will face Rajasthan in the Elite D Group match of the Syed Mushtaq Ali Trophy 2021 on Sunday. With one win and two losses, Goa has put them in the 3rd spot in the Elite D Group standings with 4 points to their name. They began the tournament with a loss against Madhya Pradesh in a close finish, their next two matches were a win and a loss respectively. Bowling is a bit worrying thing for them as their bowlers going for plenty of runs which shows they need to work more on that aspect. They need to win this match to stay in the competition.

On the other hand, Rajasthan has won all their 3 matches and are at the 2nd spot in Elite D Group standings with 12 points and they are just below Saurashtra on the basis of net run-rate. Their bowling attack looks dangerous with the likes of Rahul Chahar, Deepak Chahar, Ravi Bishnoi, Khaleel Ahmed, all have got experience playing at the highest level and can defend any scores. Not to forget their batting department looks decent as well with skipper Ashok Menaria, Ankit Lamba, and hard hitter Mahipol Lomror. Comparing two sides Rajasthan have an upper hand and they are likely to win this match.

It’s going to be sunny in Indore, the temperature ranging from 25 to 27 degrees Celsius and the humidity will be 46 percent. There is no chance of precipitation for this match.

The team batting first has won the majority of the matches played at this venue so far this tournament. It’s a flat deck, the ball comes quite easily onto the bat, the bowlers need to be very precise with their line and length otherwise they will get smacked out of the park. The surface may favor the bowlers in the second half of the match, so whoever wins the toss should bat first.