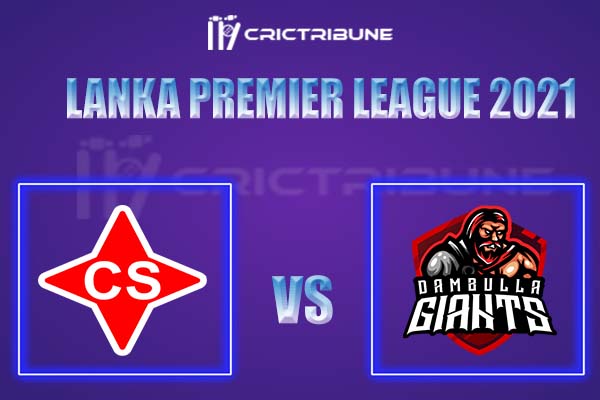 Colombo Stars will take on Dambulla Giants in the 6th match of the tournament. Colombo Stars had an impressive start with a 4-wicket win over Galle Gladiators on Monday. With collective bowling performances, they restricted the opposition for just 116 runs and later chased down the target with 15 balls still left in the match. The top-order batters should be more responsible in their approach.

Dambulla Giants, on the other hand, have played 2 matches so far in this tournament. They started with a comprehensive victory over Kandy Warriors by 20 runs but then lost to Jaffna Kings by 8 wickets in their 2nd fixture. They failed as a batting unit which is the main reason for their downfall.