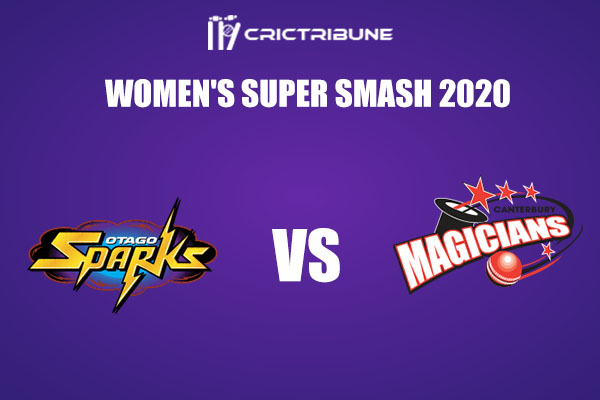 Canterbury Magicians have dominated the tournament in style, while the Otago Sparks have been struggling in the later stages with only 2 wins out of their 7 games. Canterbury Magicians are sitting pretty at the second position in the points table with momentum running on their side.

At the opposite end of the spectrum, the Otago Sparks have their shoulders dropped after 3 consecutive losses and they will be desperate to come back strongly. That being said, it will take a huge effort to get the better of Canterbury Magicians.

It will be partly cloudy in Alexandra with the temperature ranging between 21 to 25 degrees Celsius and the humidity will be around 47 percent. The chances of precipitation for this match is low.

It’s a good batting wicket and the team batting first will have a significant advantage as the ball comes easily on the bat from the start of the match. Later the surface is expected to slow down and makes it difficult to chase on this pitch. Batting first will be a good option on this wicket.