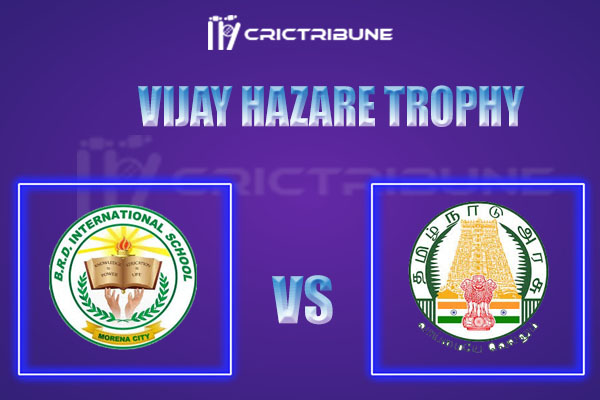 Baroda will square off with Tamil Nadu in the Elite Group B contest on Tuesday. The group is getting more and more intense as the tournament is progressing. Baroda are already out of the tournament as they have lost 3 matches so far. The batting department failed utterly which is the main reason behind their downfall in this tournament.

Tamil Nadu on the other hand, must win this match to give themselves a chance of making it into further rounds. In an interesting game, they lost to Puducherry by 1 run (VJD method) on Sunday. They occupy the top spot standings in the Elite Group B with 12 points.

This is a good batting pitch and there will be assistance to spinners as well. Both teams are likely to chase at this venue. Also, the toss will play a crucial role here.

According to the forecast, the climate will be cloudy. The temperature will be 27 degrees Celcius and there is a good chance for drizzles but one can expect a full match here.