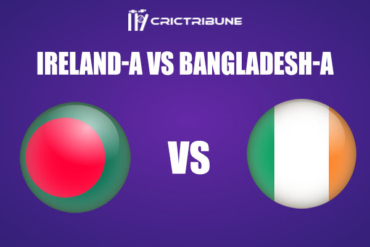 In this 5-match series, Bangladesh-A has a 2-0 lead and would like to clinch the series. In the third unofficial ODI, Bangladesh A won the toss and elected to field first. They restricted Ireland Wolves to 260  runs in 50 overs.

Wicketkeeper Lorcan Tucker’s quickfire 82 off 52 balls, along with some useful contributions by James McCollum and Curtis Campher were the highlights of Ireland Wolves’ batting. Mukidul Islam delivered an amazing spell of 3/53 in 10 overs and an economical spell by Rakibul Hasan helped the bowling side keep their opponent under control. In the run chase, captain Saif Hassan scored a brilliant 120 to guide his side to a comfortable six-wicket victory.