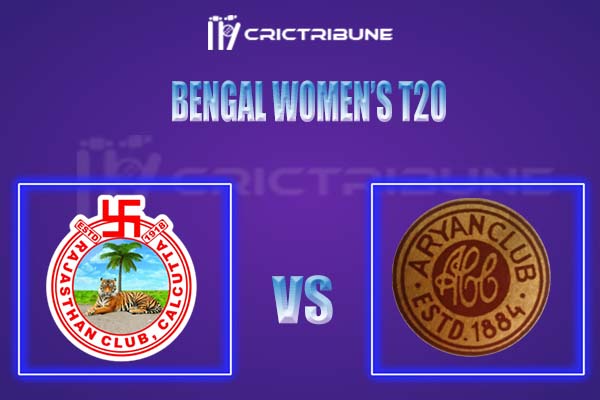 Aryan Club Women will be taking on Rajasthan Club Women for the first time in the thirteenth match of this season of the BYJU’s Bengal Women’s T20.

Rajasthan Club Women on the other hand are also on the same boat as Aryan Club Women. They started well with a win over Town Club Women however lost their next 3 matches on the trot. Batting has been a major headache for both teams whoever bats will come out victorious in this game.