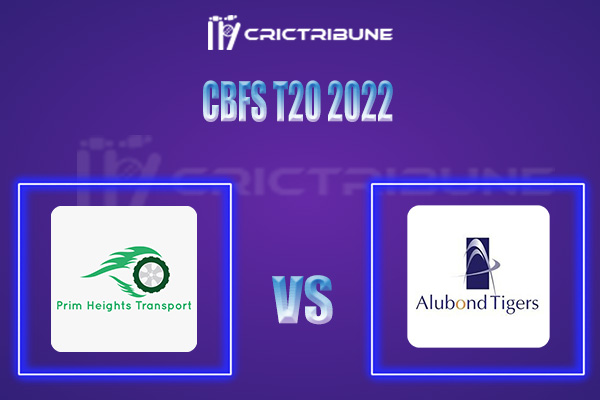 Alubond Tigers will take on Prim Height Transport in the 29th match of the Sharjah CBFS T10 2022 on Sunday. Alubond Tigers are already made their way into the Quarter-Finals. They are placed at 3rd spot in the Group A standings with 4 points to their name. They are slightly out of form having lost their last 2 matches.

Prim Height Transport on the other hand have cemented their knockout spot. With 2 wins and 2 losses, they positioned themselves at 4th spot in the Group A standings with 4 points. It’s an important game for both sides to prepare themselves ahead of their Quarter-Final fixtures.