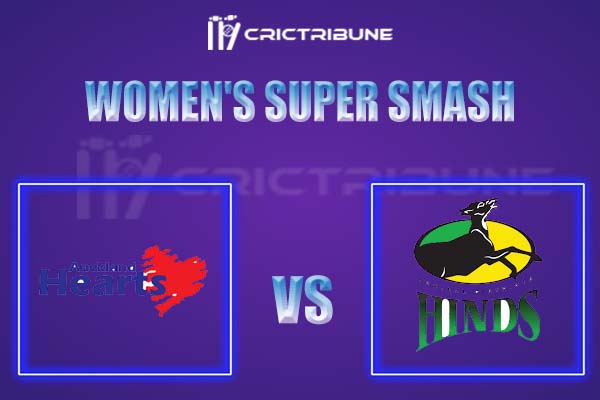 Central Hinds Women will face Auckland Hearts Women in the 14th match of the Women’s Super Smash on Monday. Central Hinds Women are having an awful tournament so far as they have lost 4 matches in a row. They must break their losing streak if they want to stay alive in this tournament. They are currently placed at the bottom of the standings with no points in their account.

Auckland Hearts Women, on the other hand, are in a much better position as compared to Central Hinds Women in this tournament. They have played 3 matches and won 2 of them. They lost to Wellington in their previous game by 40 runs and encountered their first defeat in this competition. The Hearts are placed at 3rd spot in the standings with 8 points.