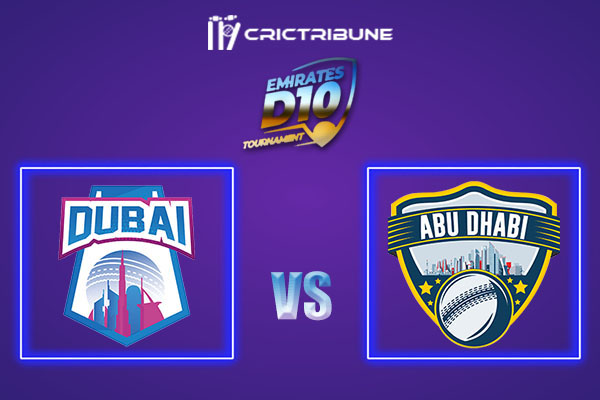 The bottom two teams of the Emirates D10 2021, Abu Dhabi and Dubai will go head-to-head on Saturday in the 25th match of the competition. Both teams have only one win and have accumulated 2 points so far in the tournament.

Abu Dhabi are coming into this match on the back of a convincing 7-wicket win over Fujairah on Friday. On the other hand, Dubai will be looking for winning momentum, as they have lost four back-to-back matches.

This pitch favours batsmen more than bowlers. Batting first and putting runs on board could be the mantra for winning on this pitch.