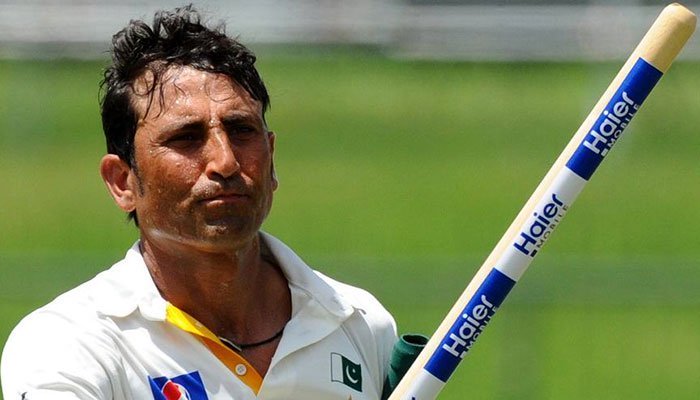 The ex test batting veteran, Younis Khan, while being spotted at the media conference organized by the Pakistan Cricket Board (PCB) talked briefly on player’s mental health.

The veteran disclosing his skills of dealing differently with the different players, Younis has credited the great Bob Woolmer who will always be remembered for his coaching services for Pakistan.

“I have learned this from Bob Woolmer on how to deal with different players. We used to share our personal life stories with him and he used to guide us. It is important for players to be focused on cricket and keep a balance between personal and professional lives. Along with players’ technique, it is also important that your life is also balanced,” the 42-year-old batting maestro, Younis Khan said.

“At the end of the day, we all are human beings, and our personal thoughts are always important and it stays in the back of our mind. It does affect your performance and in such times support staff roles are very important.”

“I am not saying that we don’t work on skills, we surely do. But, along with skills, it is important that we work to make players free of all the negative thoughts,” he said.

“I went through some family tragedies while I was playing for Pakistan but my mentors, from family and cricket, helped me stay strong and it went well.”

Tactics being used for dealing might not show the consequences instantly but require time for the betterment as believed by Younis.

“You may not see an overnight result but there can be some positive outcome of what I’ve been doing with players,” said Younis, who scored 10,099 runs in 118 Tests.

The veteran meant to disclose his responisibility is equivalent for all the players, be it be experienced Babar Azam or lad Haider Ali, both deserves the equal amount of coach’s time.

“I am trying to make players realize their responsibility and own the team, which is more important. I believe that it is my responsibility to give equal time to all the players, be it Babar Azam or a younger player like Haider Ali,” he said.

As everyone chants for Babar in and out of the field which can led to overconfident and hence, an ultimate failure, Younis revealed the management tries to keep him calm and advises him to play natural cricket.

“Everyone talks about Babar Azam and everyone expects him to play a role. We try to keep him calm and let him play his own game,” he said.

Aiming towards hunting the series, the ex-player revealed their objective is opaque and believes in the victory.

“We’ll be a different team when we take the field against England,” he said.

“We are not here to give a tough time or just to fight, we are here to win. We are clear about it. We are not talking about fighting, we are talking about winning. We want to play good cricket,” Younis Khan concluded.