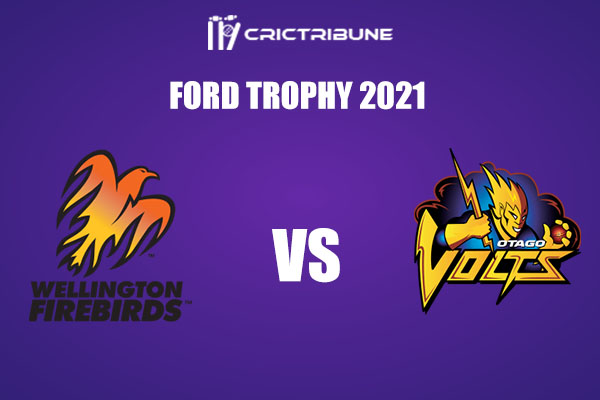 Wellington Firebirds will take on Otago Volts in the 25th match of the Ford Trophy at the Basin Reserve in Wellington on Friday.

Wellington Firebirds have won four of their eight games and are currently fourth in the points table. In their last Ford Trophy outing, they beat Northern Districts by 17 runs.

Otago Volts, who have also won four of their eight games, are fifth in the Ford Trophy standings. They defeated Canterbury Kings by 31 runs in their previous game.

Both teams will be high on confidence as they will head into Friday’s game on the back of impressive wins.