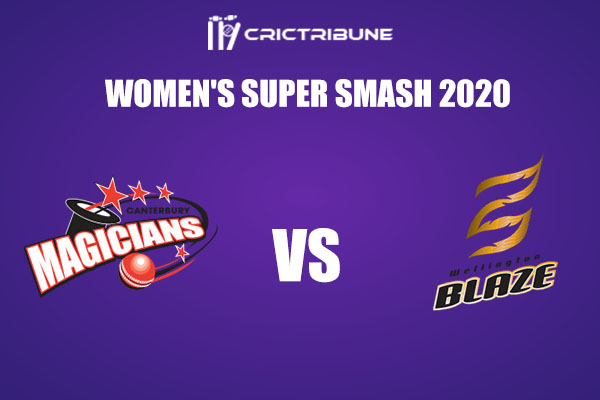 The 23rd match of the season will take place between the home side, Wellington Blaze and Canterbury Magicians. The last time these two sides met, Wellington got the better of Canterbury, beating them by 7 wickets. Wellington have been unbeaten at their home and would be the favorites going into this game.

Canterbury Magicians have had a good tournament so far. They are placed second, only behind their today’s rivals. Having lost to Wellington at their home ground, they will look to avenge that defeat by beating them in their own backyard. Although it wouldn’t be an easy task as Wellington are on a winning spree. It should be a good game between the two sides.

The weather in Wellington will be sunny and it will be a perfect day to play cricket. The temperature will be around 19 degrees Celsius.

The track at Wellington is tailor-made for batting. The home team scored 196 runs in the first innings in the previous game.