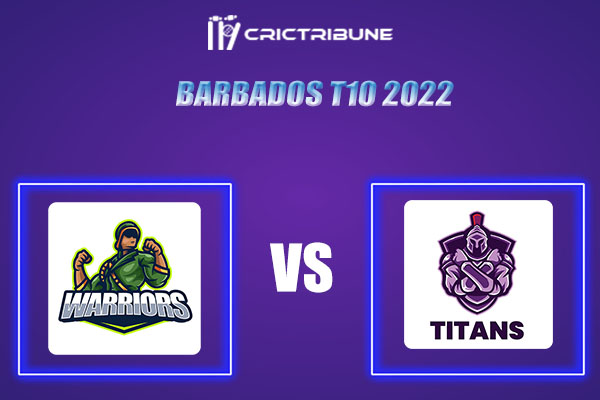 Titans will be facing off against the Warriors for the first time in the seventh match of this season of the Barbados T10.

The Three Ws Oval in Cave Hill has seen its fair share of high-scoring games this season and another similar match is expected on Wednesday. Although the pacers should ideally get the ball to move around, the batters should enjoy it skidding onto the bat.

The temperature is forecasted to hover around 26°C on the match day with 77 % humidity and 13 km/hr wind speed. There is a 4% chance of precipitation during the game.