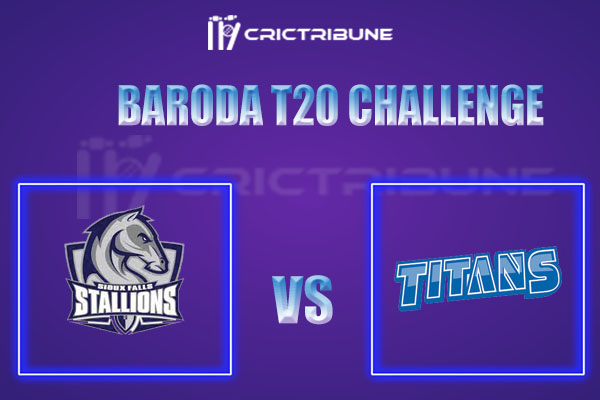 Titans will square off with Stallions in the 6th match of the tournament. Titans were too good in their opening as they registered a win over Challenger by 5 wickets in the final over of the match. They could have finished the match early but took the game deep and eventually managed to get 2 points on the table.

Stallions did not get the start they would have expected into this tournament. They lost to Gladiators by 7 wickets despite some good all-round performances. They lack power hitters which is their main drawback.