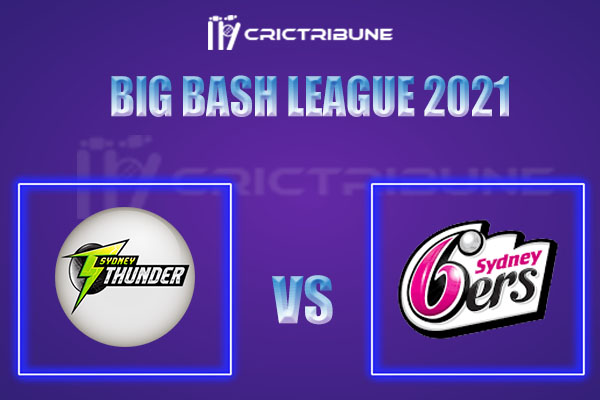 Sydney Thunder will take on Sydney Sixers in the 20th match of the BBL 2021-22 on Sunday. Sydney Thunder had a great last game against Brisbane Heat where they sealed 53 runs victory to register their 2nd win in this tournament. The top 4 batters added valuable runs which helped them to set a match-winning total and bowlers did the rest. They are placed at the 4th spot in the standings with 9 points.

Sydney Sixers made a right start to their tournament campaign. They have already played 5 matches and won 4 of those. Their solitary loss came against Hobart Hurricanes by 44 runs (D/L Method). Josh Philippe and Moises Henriques are in top-notch form, and they have the potential to win matches single-handedly. They occupy the 2nd spot in the standings with 14 points.

It’s more of a friendly batting surface where scoring runs isn’t the hardest thing. Having said that, the bowlers need to be disciplined. Anything over 170 is a good score on this wicket.