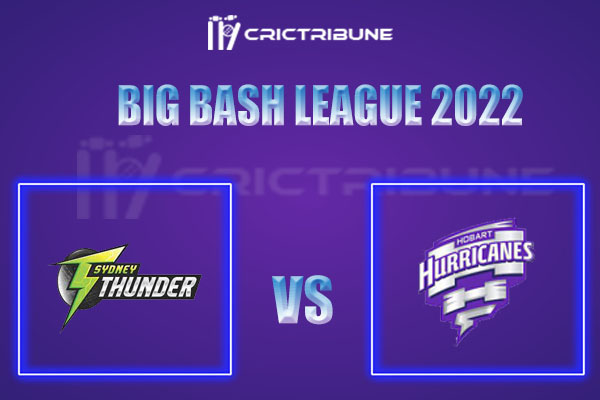 In the top of the table clash, Sydney Sixers will square off with Perth Scorchers in the 42nd match of the BBL 2021/22 on Sunday. Scorchers had won the battle when these teams met each other last time by 10 runs. Both sides have been consistent right from the start and haven’t lost many matches. Sixers have won 4 of their last 5 matches played and placed at the 2nd spot in the standings with 23 points.

Perth Scorchers, on the other hand, have lost only 2 matches in this tournament both came against Sydney Thunder by 6 wickets and 34 runs. They are almost through to the playoffs and will be aiming to finish at the top 2 spots.

The temperature is expected to hover around 19°C, with 65% humidity and 30-33 km/hr wind speed. There are no chances of rain playing the spoilsport.

The surface of Brisbane is another batting-friendly ground, with decent initial assistance for the swing bowlers on offer. There is not much help for the spinners on this track early on. Batting will be easier towards the latter half considering the ground dimensions and surface here.