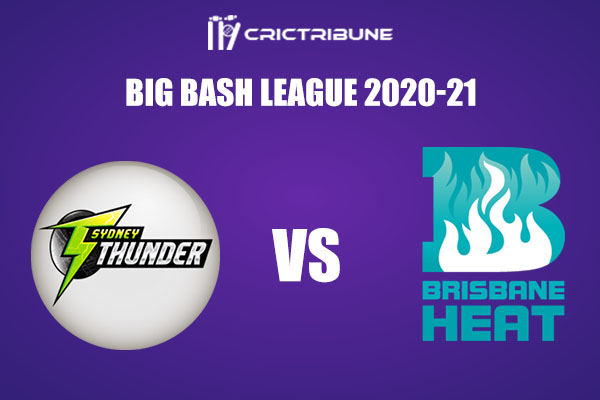 Match 7 of the ongoing Big Bash League (BBL) season will see the Sydney Thunder locking horns with the Brisbane Heat for the first time. Both the sides lost their opening game of the season and will be more than eager to get off the mark. The Thunder, led by Callum Ferguson, lost their first match to the Melbourne Stars as they failed to chase down 170 ending up only with 147 runs despite the captain’s half-century.

The Brisbane Heat, on the other hand, came up with a poor effort with the bat. They also lost to the Melbourne Stars itself scoring only 125 runs batting first. The bowlers didn’t have many to defend and the Chris Lynn-led side could only pick four wickets with only Jack Wood bowling well picking two wickets.

There is a slight chance of rain in Canberra on Monday. The temperature is expected to hover around 17-19 Degrees Celsius during the match.

Spinners enjoyed bowling in the last two matches at the Manuka Oval with the tweakers picking nine wickets. Slow pitch is expected to be on offer yet again and a score around 150 should be enough to defend.