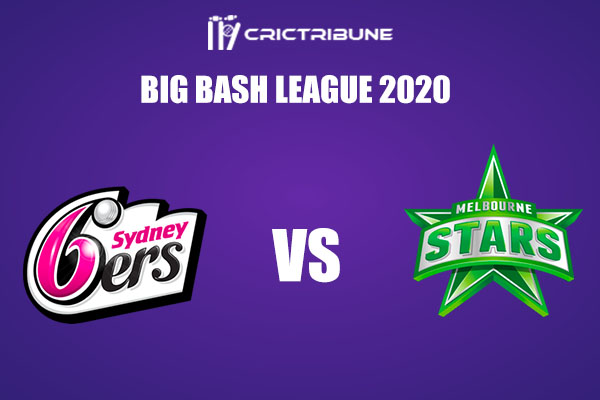 Both teams have had two wins apiece in the BBL this season. While the Sixers’ have the superior batting depth, the Stars look like the team to beat, as they have a more balanced side in their ranks.

Despite Marcus Stoinis blowing hot and cold in the BBL so far, Glenn Maxwell and Nathan Coulter-Nile have led the way with commendable performances. With Nicholas Pooran and Andre Fletcher also due for some runs, the Stars could be flirting with the idea of revenge ahead of this BBL clash.

Meanwhile, reigning BBL champions Sydney Sixers come into this fixture on the back of two wins. Their bowlers have impressed in the tournament, and the likes of Daniel Christian and Jordan Silk have ensured that the Sixers are on course for a successful defence of their BBL title.

Both teams look very evenly matched on paper, with very little to separate the two sides. However, the Sixers hold the edge, given their superior balance and squad depth. With two valuable points up for grabs, another riveting BBL contest beckons at the Carrara Oval.

A full-length game is on the cards on Saturday as the skies are expected to be clear with some clouds coming in and leaving without causing any troubles to the flow of the game. The chance of rainfall is just 10 per cent and the temperature will be between the 26 to 22 degree Celsius mark.

A balanced surface with an equal amount of help for the batsmen and the bowlers will be welcoming the players when they take the field for this match. The spinners will have to work hard to extract any movement from the pitch, but the pacers will enjoy bowling here. There will be a lot to explore for the players as this is the first match of the tournament here.