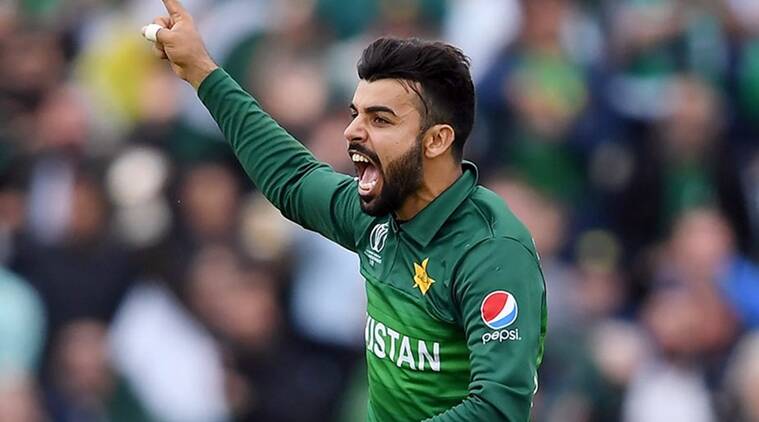 Shadab Khan, Pakistan’s growing all-rounding sensation with initial leg-spin capabilities, is to miss the first T20I against Zimbabwe that is scheduled for 7th November, Saturday.

Amidst his hamstring injury, he was dropped from a three-match ODI series playing XI as well and now will be missing on the first T20I as well. An official from the Pakistan Cricket Board (PCB) revealed that he is better than before but the team cannot risk itself allowing him to feature in the match.

Also, it has been confirmed that the leg-spin lad will be part of the second T20I.

“Though he is much better now, we have no plans of taking the risk of aggravating the injury,” a team official said.

Shadab, who has risen more as a batsman, showed glimpses of his cleared batting in the fifth edition of the Pakistan Super League (PSL 2020). Also, in the recently concluded series against England, the 21-year-old was more dominant with the bat.

However, where the 50-over format has been winded up, the two teams will be featuring in a three-match T20I series and the detailed, revised schedule is written below

People expected that the Men in Green would be grabbing a magnificent victory in all three One-Day International (ODI) matches played against Zimbabwe. Still, Pakistan have failed to whitewash their opponents but won the series by 2-1.

The third match was thrilling as the scores tied – thanks to Musa for hitting a four on the last ball leveling the scores. The super-over has finely been attained by Zimbabwe, taking the victory of the 3rd game to their name. Their batsmen were superior, undoubtedly, as Sean Williamsons added 118 of 135 balls. The other two, Brendon Taylor and Sikandar Raza, respectively, adding 56 (68) and 45 (36), came over the early wickets giving a target of 279 to be chased by Pakistan.

Pakistan could not victor the super over, and Zimbabwe ended the game sparing three balls without losing a wicket as Pakistan lost two. On the other hand, discussing all three matches, Pakistan has grabbed back-to-back three five-wicket hauls that are incredible to witness.