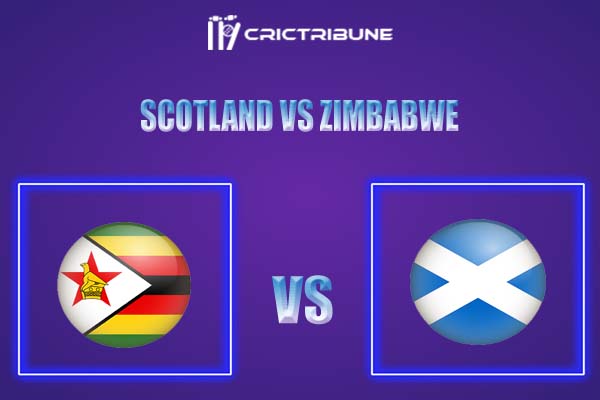 After losing both the T20 and ODI series against Ireland, Zimbabwe will take on Scotland in the 3-match T20I series which is going to start from 15th September. In the five-match T20 series that they played against Ireland, the visitors got defeated by the hosts and lost the series 3-2 despite giving their best.

Scotland on the other hand, had a decent ODI series way back in May when they toured the Netherlands and levelled the series by 1-1. George Munsey, Dylan Budge and Alasdair Evans played a crucial part in the 2nd ODI against Scotland. So, they will be hoping to display a better performance to win the upcoming T20 series against Zimbabwe.