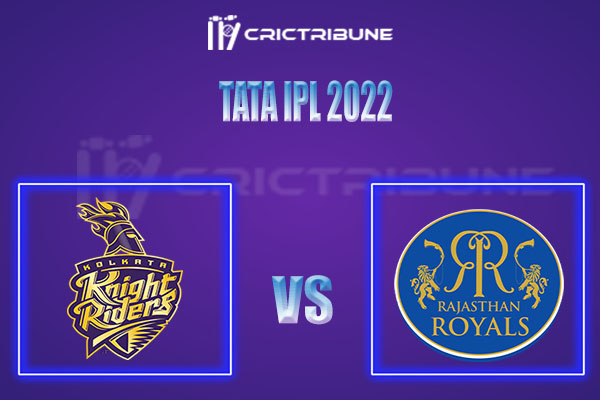 Rajasthan Royals will be squaring off against Kolkata Knight Riders for the first time in the thirtieth match of this season of the Tata IPL.

Rajasthan Royals played their last game against Gujarat Titans where they lost the game by 37 runs. Jos Buttler managed to score 54 runs for Rajasthan Royals in that game

These two teams have played 24 matches against each other in the history of IPL so far where Rajasthan Royals managed to win 11 matches while Kolkata Knight Riders won the remaining games.