Royal Parma CC and Kingsgrove Milan CC will take part in the inaugural fixture of ECS T10 Rome 2020, at the Roma Spinaceto Cricket Ground on Monday. Given that this is the first game of the tournament, the pitch and the other factors will be largely unknown for both the sides.

Assessing the playing conditions and adapting quickly will be the key for these teams. Both the teams would be looking to start their campaigns with a victory. A tournament as packed as this can take a toll on the players and thus starting off well is extremely crucial. 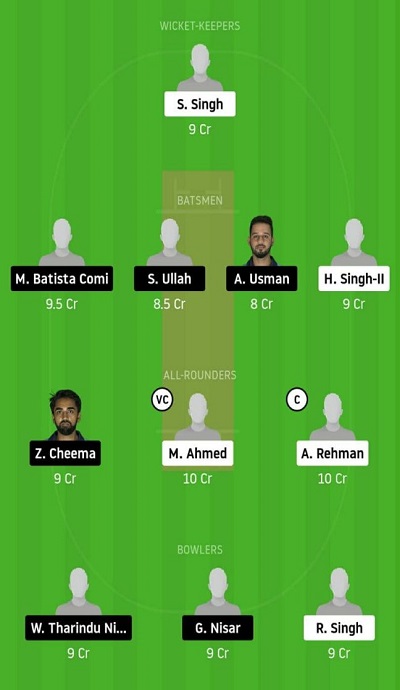 We are likely to have a complete game without any interruptions on Monday. The temperatures will be near the 16°C mark for the most part of the day.

The pitch at this ground is relatively unknown. So, both the teams would be looking to go in with a balanced squad; the kind that would work either way, be it a batting-friendly track or a bowling-friendly one.

The European Cricket Series (ECS), after the successful completion in Cyprus, is now back with the Rome leg of the tournament. A total of 10 teams, divided into two groups, will take part in the competition. In the opening game of this week-long tournament, the Roma Cricket Club will play the Kent Lanka Cricket Club.

Starting well in such tournaments is the key. With a lot of competition to deal with, both these two teams will look forward to adding those two points to their tally early on.